Super excited to plan a trek to Mardi Himal

Super excited to plan a trek to Mardi Himal; I have always heard that it is an amazing trek and a scenario, to be viewed "Once in a lifetime". There is a saying on Mardi Himal that when we glimpse it through our very own eyes, the moment gets paused.

I began my journey after the gratitude from my office colleagues and drove to Pokhara from Kathmandu, which is a six hours ride.

I was really happy because my dream of viewing Mardi Himal with my own eyes was finally going to be true. I slept soundly dreaming of it.

The next day after breakfast, our adventure began from Kande. The steep trails from Kande to the Australian Base Camp hinted for the challenge lying ahead. I took a path with excitement enjoying the clear scenario. I felt as if the mountains were calling my name. My journey would take me on an amazing trip to Mardi Himal base camp, right in the lapse of Mt. Machhapuchre. In addition to it, Mardi Himal would also provide me with the sublime view of Mt. Annapurna, Mt. Himchuli.

From the Australian base, we can view the panoramic view of the mountains. I couldn't stop my excitement and started making calls to parents and friends. I just wished they would understand the urge of my feelings after viewing the mountains. The next moment, I continued to the Pothana with an exciting heart. 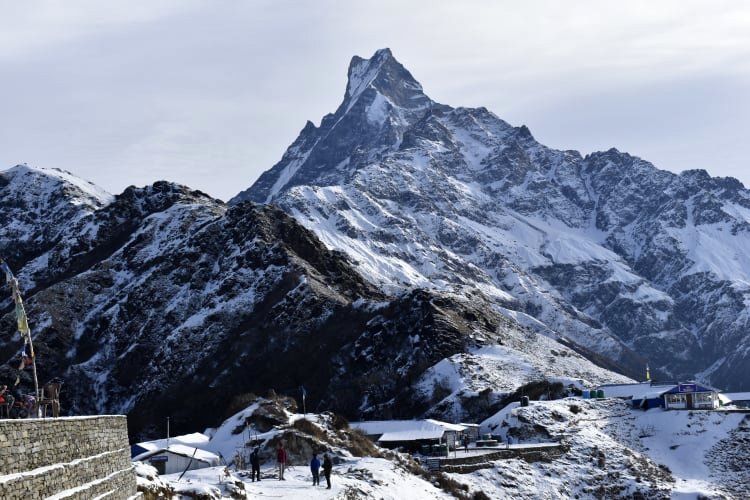 In Pothana, I had lunch & inquired about the distance to travel ahead, towards my next destination i.e. Pitam Deurali. I continued and on my arrival to Pitam Deurali I saw tourists resting in their way; some did come towards me to ask about the last destination of the day.

I came to know that they were living in the Forest Camp. Luckily, I also had the same destination so we moved further along the trail towards the camp. On the way, we exchanged greetings of namaste to the trekkers, which indeed made me feel very happy. That feeling of wanderlust was incredible. We did captured memories, resting along the way. I was a little worried that it might take more hours to reach the forest camp, as we just had four hours.

I also felt with relief, my heart was pondering with peace, my perspective was not only to reach a destination but also to explore all delightful scenes, terraced fields, small villages, flora & fauna of the forest, the beauty of nature, the atmosphere, the moments and everything of joy to cherish in the journey. It was an extraordinary getaway for me to rush away from the crowds of the city. My heart was stolen by the beautiful rhododendron blossoming in the forest.

By the twilight, we had reached the forest camp in about five hours. By the courtesy of the aunt of Mardi guest house who addressed me by "saniaaubistaraibaseraaramgara", I was delighted. 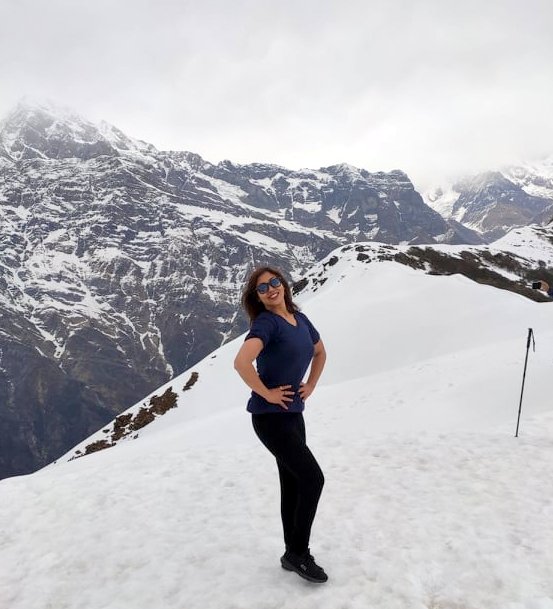 With the sunshine & the chirping of birds, I felt as if the natural song at that ambiance, gave me the enthusiasm to accomplish my dream to trek Mardi Himal. We departed from the forest camp to the lower camp.

When I reached the lower camp after an hour, I jumped with joy having got to experience the amazing and breathless view of Mt. Machhapuchre on the background. I rested for a while, captured a portrait, had an appetite, checked the map and continued on my way to Badal Danda.

Continuing the trek through the steep mountains leaving the forest behind, I felt the snowing as a "wow" moment. I took a snap, slipped, played and laid into the snow. It was a moment to be cherished.

After around five hours, we reached the High Camp. "Oh my god" it was so close to the mountains that even I didn't close my eyes for a second viewing the mesmerizing beauty of the mountains. Taking dinner, when I gazed at the sky, the stars were twinkling nearby me as if I could touch them. I dreamt of being into the arms of the Mardi Himal tomorrow.

I woke up at 4 am and headed with the torchlight towards the viewpoint of Mardi Himal, As I stepped a little away, I realized there was an abundant amount of snow everywhere. I was confused to locate the right path to proceed forward for a while. I literally had no idea if there is an avalanche ahead meters away.

The adventurous and challenging trails had begun. The trail was slippery because of the snow and a Japanese citizen had recently slipped and fallen eight hundred meters causing his death. My heart was beating up, as fast as it could, as I was walking through the snow helping myself with a stick. I didn't have the clampers which are necessary to walk on snow & ice.

On my way, I enjoyed the beautiful sunrise that lasted only for seconds.

As I was moving, more challenges awaited for me ahead, the snowy path & the mountains were adventurous, I took the risk to succeed the dreams of mine. I was thrilled with the magnificent view of the mountains. I was overwhelmed to be able to fly with clouds & above the clouds. 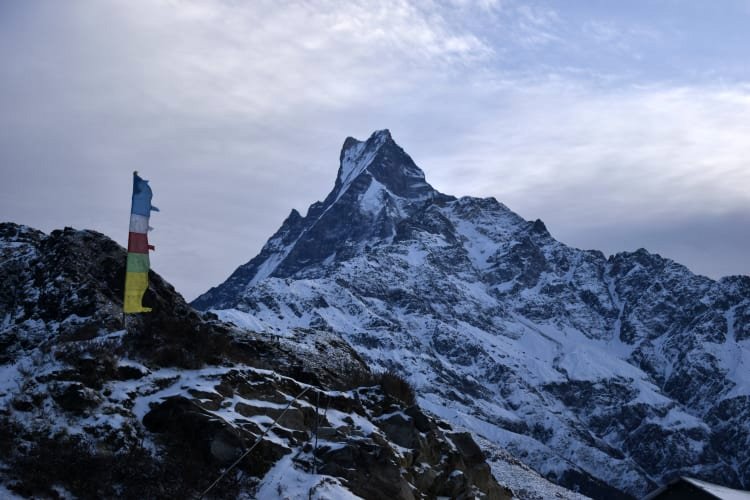 I could feel the sentiments, as I resided on the laps of the Mt. Annapurna Mt. Himchuli, Mardi Himal, Mt. Machhapuchre as a courageous girl. I felt proud of myself on reaching the viewpoint of Mardi Himal. Congratulated myself, told that I can't believe "I did it".

I was nostalgic experiencing the glories of Mardi Himal. Tiredness, shaken nerves disappeared in seconds. The amazing view of the surroundings generated positive vibes in me.

Even though the trail is crooked, dangerous, lonesome, winding, it led me to experience one of the heavens on the earth and was definitely worthy. It was by far the best experience I have ever had; I literally was lost in this paradise.

I got myself captured with a photograph, proud waving my country Nepal's flag at the height of the 4200 meters. I experienced a moment of pride in the glory of Nepal.

After spending an hour, it was time to miss those mountains which were then in front of me. I wanted to cry & shout "why it has to go this way?".

The way to return was heart shivering my legs were stumbling. I had heard of an incident; a student had died because he could not cope up with the risk that these trekking trails possessed.  Paths were getting more and more challenging while moving downwards.

Slipping, shaking, falling, jumping, I returned to the high camp safely. After having my breakfast, I departed from High Camp to Shiding.

It was my long-cherished desire to trek to the closest area with beautiful Himalayan ranges which I did accomplish recently. I feel as a wanderlust.

I had traveled to a few other Asian countries namely Singapore, Indonesia, Malaysia, Thailand, Dubai and different cities of India before where I could find that more emphasis had been intensified for biodiversity conservation with many beneficial objectives.

To Putting my experience together, I feel there are manifold opportunities untapped in our country's " Hariyo Ban Nepal Ko Dhan" where government and private investors can come up together to develop the forest area by commercially planting medicinal plants and herbs.

At the times of pandemics, medicines plants are useful to prevent and cure deadly diseases and many other kinds of serious illnesses. The medicinal plants and herbs will be a great source of raw materials for pharmaceuticals.

To add to this, the development of these plants and herbs may be used for ayurvedic cosmetics which are available in abundance at the local market. Developing these, Nepal can be the focal point when it comes to mass attention divergent towards the use of organic stuff.

Finally, I think the development of these areas with additional facilities will attract more tourists and trekkers, therefore will lead to increased government revenue, employment opportunities to the locals and many more.

I was thrilled with joy and excitement all around during the trip. It was an open book shared by nature which anybody could feel and visualize. Everything is available in the book which I got to read, it was indeed a lifetime memory for me and a milestone added to my travel life. 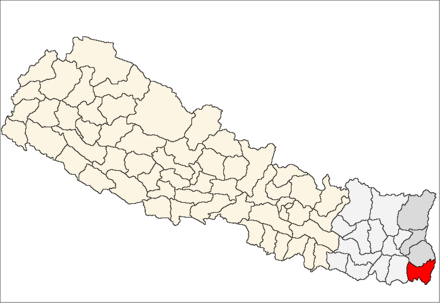 Agriculture college to establish in Jhapa 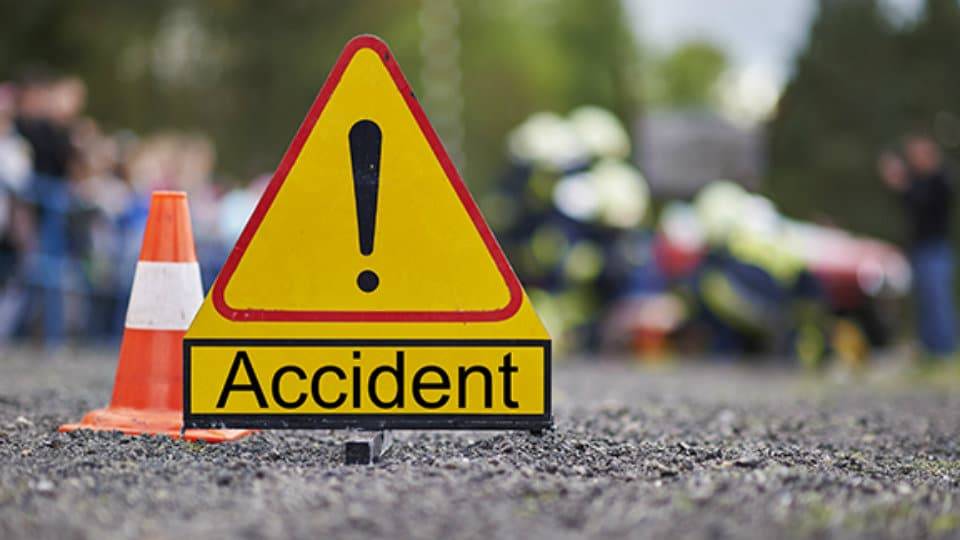 Cyclist killed after being hit by tractor