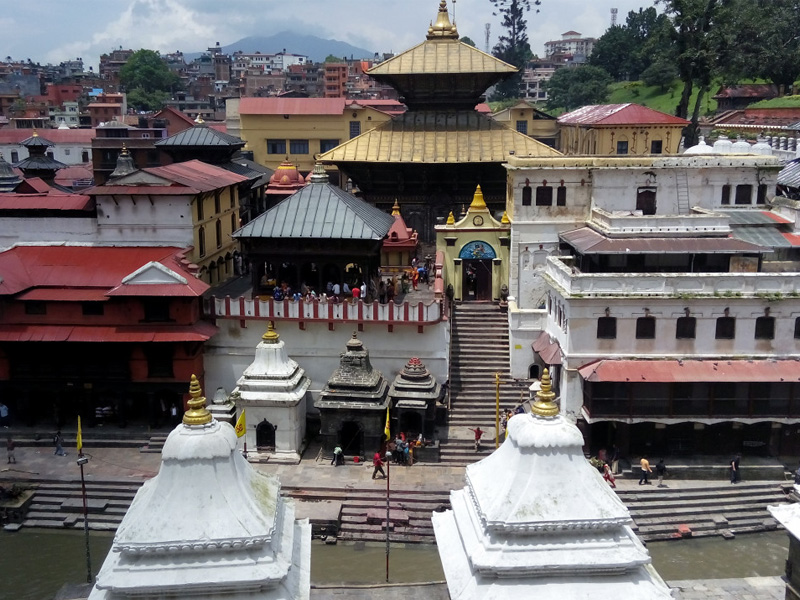 Kathmandu - Minister for Culture, Tourism and Civil Aviation Yogesh Bhattarai has said human encroachment upon the Pashupati area is unacceptable. The land belonging to the Pashupati area must not be used for personal and commercial use. Minister Bhattarai made such comment while responding to the concern raised lately on the land at Gothatar which is owned by the Pashupati Area Development Trust (PADT).

The protection of Pashupati area is the protection of historic, culture and archaeological aspects, he stressed. Also the Chairman of PADT, Minister Bhattarai further said the encroachment on Pashupati premises would be stopped and the local jatras and festival promoted. "The master plan made by the PADT must be implemented effectively to stop encroachment," he asserted.

Even the Commission for Investigation of Abuse of Authority (CIAA) has been scrutinizing PADT land upon which various disputes were raised. Lately, CIAA has directed the PADT to utilize its lands in a transparent manner for the broader welfare. Moreover, Minister Bhattarai said activities would be forwarded in view of the CIAA direction.

A work procedure would be formulated to work transparently at PADT. The excavation of sand and mud will be regulated accordingly, the Minister reminded. Making public his view via social media, Minister Bhattarai however said government would forge consensus by holding discussion with all stakeholders on the use of PADT land.

Locals' complaints would be heard while forwarding the master plan. Similarly, the views of the lawmakers from the respective area, representatives all political parties are taken into account.