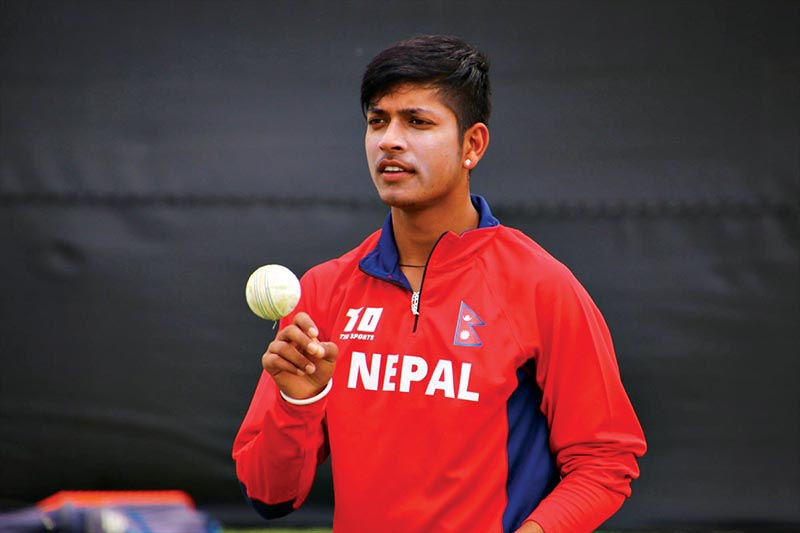 Kathmandu - Nepali national cricketer Sandeep Lamichhane has made a very good beginning in the 2020 edition of the Caribbean Premier League, a T20 cricket tournament. In the latest match held on Saturday night, Sandeep took 2 wickets giving away only 8 runs in his quota of 4 overs against Guyana Amazon Warriors. However, his team, Jamaica Talwallahs lost the match by 14 runs.

His bowling was very instrumental in limiting Guyana to only 119 runs in 19.1 overs. However, the batsmen failed and Jamaica could muster only 107 runs at the loss of 7 wickets in 20 overs. So far, Sandeep has taken four wickets in three matches. In his first match against St. Lucia he took one wicket for 23 runs while in the second match against Tribago Night Riders, he took one wicket and gave away 30 runs.

Sandeep's team is in the fifth position with only one win. This is the third time that Sandeep is playing the CPL. He started in 2018 with St. Kitts and Nevis Patriots and with Barbados Tridents in 2019. This year, the 20-year-old leg spinner was affiliated with Jamaica for a sum of 90,000 US dollars.